I guess like me many have bit confusion in between the difference of “Anti-Virus” & “Anti-Bacteria”. Don’t worry before sometime I was also one of you only. Then I took expert advice and got my views clear. So I think I should share it with the viewers also.

Mostly we have heard the words Anti-Virus for our Computers or Laptops or Cellphones etc. and Anti-Bacteria in medical field for Human Being. But how come this is in Yarn Industry now? Strange right? Don’t worry same feeling here before I started writing this Article / Blog whatever you consider.

Bacteria are unicellular organisms that are in many different shapes and sizes. They are microscopic prokaryotes of Kingdom Monera. Bacteria contain a single chromosome composed of DNA and extra-chromosomal DNA called plasmids. They live every possible habitat including the extreme environments such as hot springs and deep sea. Interestingly they can live independently without the aid of other living organisms, unlike viruses. 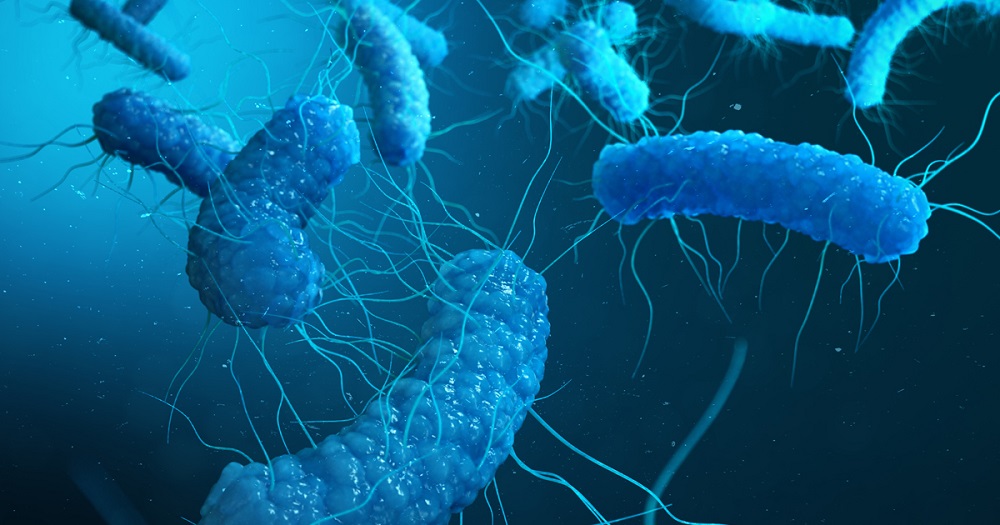 Furthermore, they reproduce asexually by binary fission, which is the most common reproductive method of bacteria.  The most amazing fact is that, out of countless types of bacteria, most are harmless for human beings. In fact, a vast majority of bacteria are beneficial to us as they break organic matter and kill parasites. Only a few of the bacteria cause diseases to human beings.

On the other hand, viruses are not living things and have no cells. However, they possess characteristics which lie between living and non-living things such as; they can evolve and have genes but, they do not metabolize nutrients, produce and excrete wastes, and cannot move around on their own. Likewise, they are intracellular parasitic organisms that require a living host such as a plant or an animal to multiply. Hence, they penetrate the cells of a host and live inside the cells. They change the genetic code of the cells of the host that starts to produce the virus. When enough baby viruses are produced by the cell, the host cell bursts and the viruses come out and penetrate into other cells of the host. Thus, it can be said that viruses are not living things. 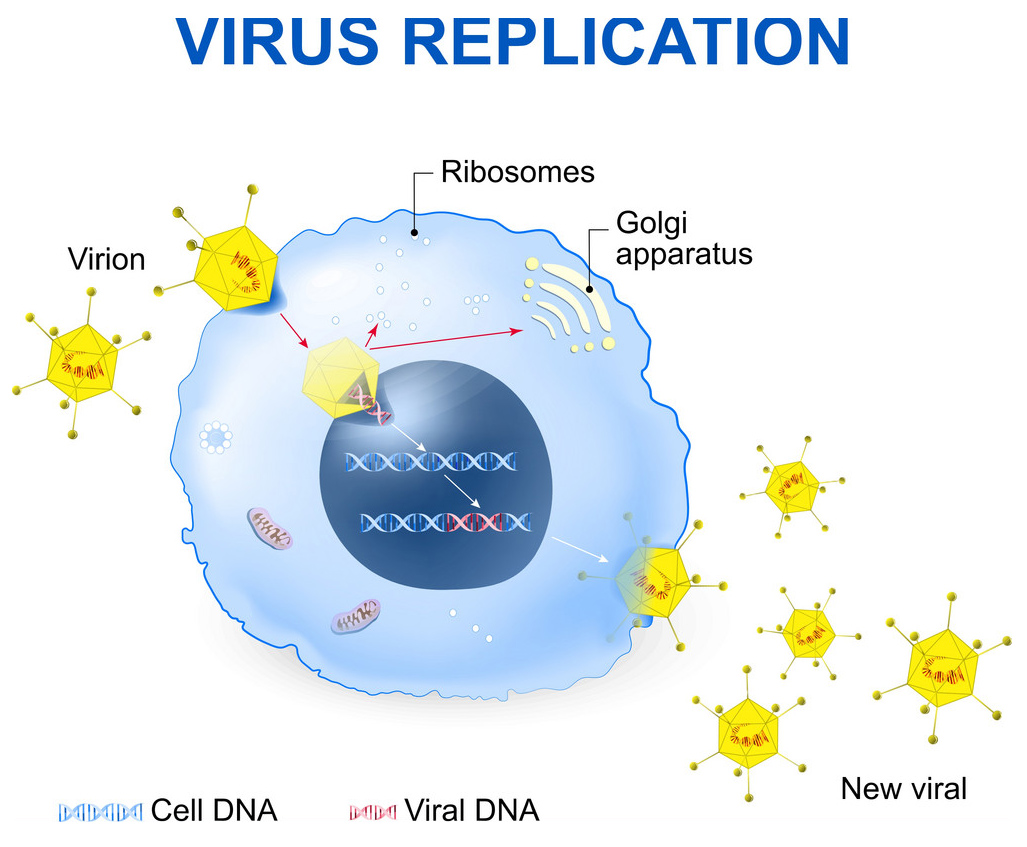 They only contain RNA and DNA and proteins that start to act on the information stored when a virus finds a host cell. However, all viruses are harmful, and the only way to remain healthy is to prevent viruses from entering our bodies. Moreover, it is very difficult to destroy viruses, unlike bacteria which can kill by antibiotics. Antiviral vaccines can slow down the reproduction of viruses but cannot destroy them completely.Bacteria and viruses are the most common causes of disease in humans. When you touch a surface, shake hands, or are exposed to someone's sneeze, you come into contact with new bacteria — and potentially new viruses — which can enter the body when you touch your mouth, nose, or eyes.

What are the DIFFERENCEs Between Bacteria and Viruses?

1. not all bacteria are harmful, but viruses are only harmful

2. the bacteria are living organisms while the viruses are non-living particles(they need host cells).

3. in their size. Bacteria are usually 0.2 to 2 micrometres in size while viruses are 10-100 times smaller than bacteria.

For more differences please refer to the below chart. 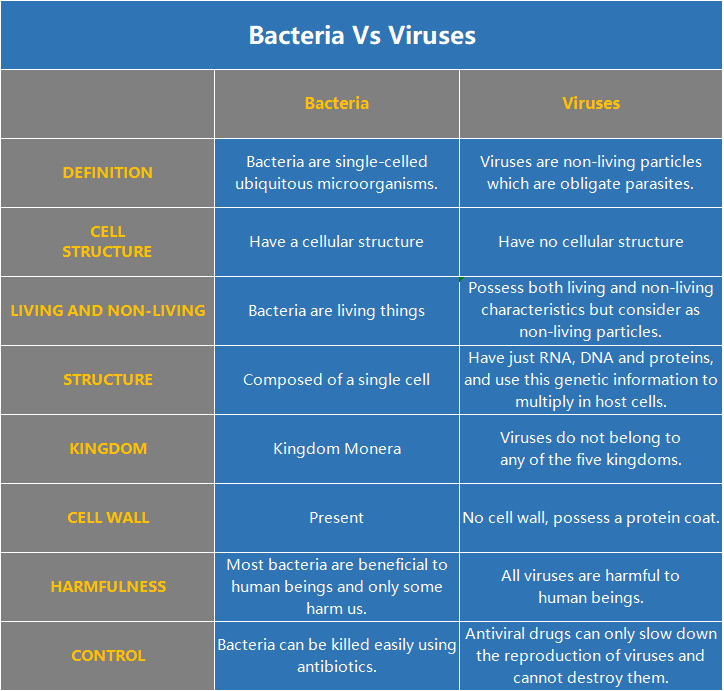 What are the DIFFERENCEs Between Anti-Bacteria and Anti-Viruses?

In medical intervention and treatment is big difference. Bacteria is alive, which means it can be killed by some form of chemical agent, like antibiotics, by destroy their cell walls or neutralizing their ability to reproduce.

Virus, by comparison, they can not be killed in the same sense. In fact, treatment of viral infection is often no treatment at all. So best way is to avoid its entering to our human body. When they exist, work on the principle of blocking the virus’ own destructive methods. Either the RNA or DNA strand of the virus must be rendered harmless genetically or the methods of breaking through a cell wall must be destroyed.

After years research and development, Jiayi independently produce antibacterial nylon based on nano copper master-batch technology, which is also anti-virus(Safelife®). You may probably notice there are varies of manufacturers dealing with anti-bacterial yarn, but seldom anti-virus. As we discuss above, antibacterial is comparably simple than anti-virus. Here now our Safelife® yarn has been used wildly in medical-masks, medical wearings and other fields where require anti-virus&anti-bacteria. 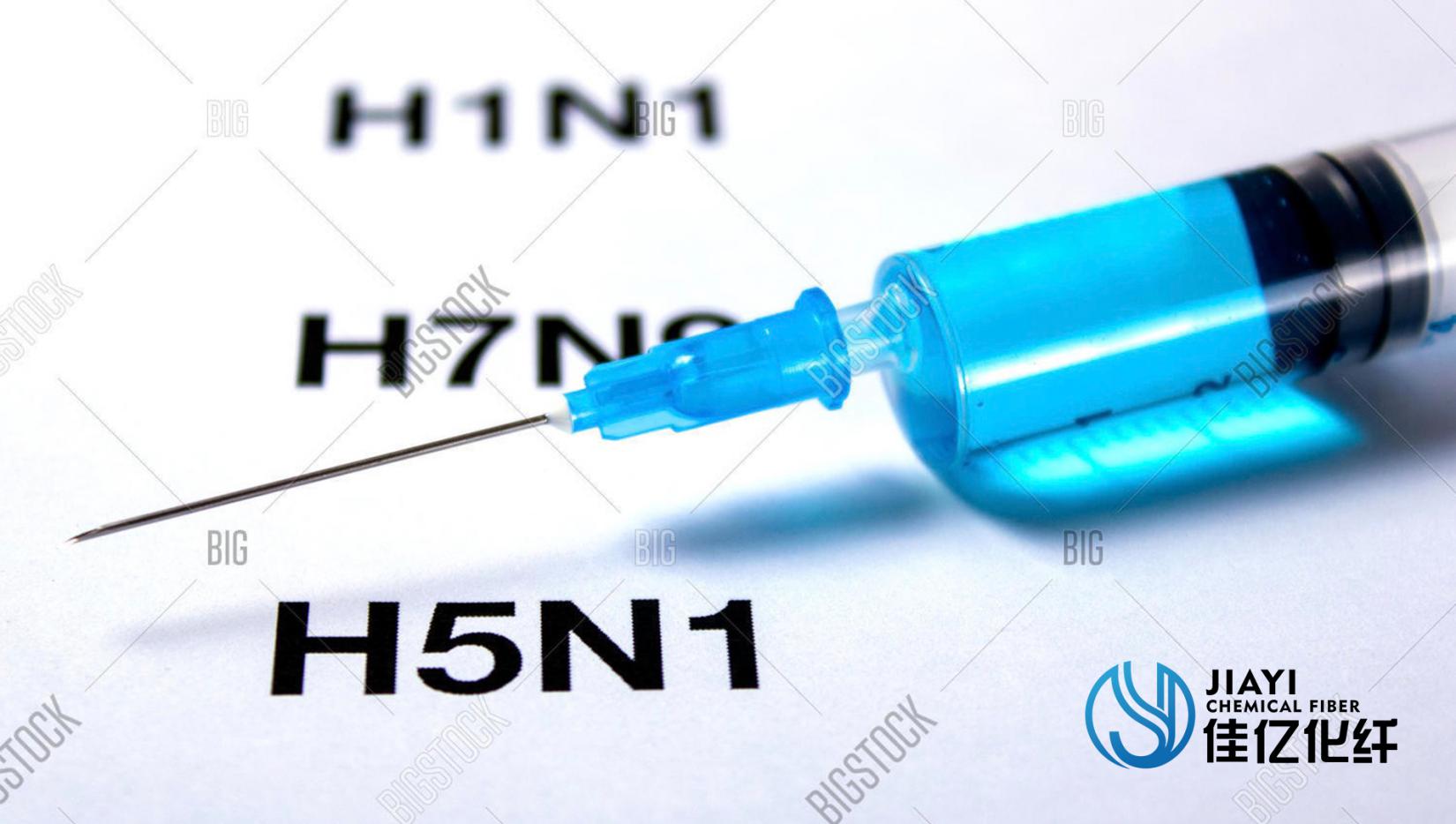